In what is believed to be America’s first crowd-sourced veterans’ monument, The Veterans’ Impact Project honored over 170 veterans through a participatory process where community members and veterans operated a custom-built Roman Ballista to fire symbols of military service into a 3000lb wall of clay. Those impressions were cast on-site to create this monument to all veterans.

The Process
We surveyed many groups of veterans to identify symbols of their military service then sought out to collect objects that represent these symbols. In order to make reusable projectiles that can be fired over and over from a ballista, we made castings of these objects. We had community days where we invited veterans to bring in their own personal objects to be cast into projectiles.

During the event, we invited community members and veterans to honor themselves or a loved one by selecting an object to represent their service and launch it 100 ft into the air smashing into our 3000lb wall of clay. To represent larger objects that were not able to be launched from the ballista, we had “infantry divisions” get up close to the wall and smash it into the clay by hand. Over the course of two days, 170 veterans were honored representing all US conflicts dating back to WWI. 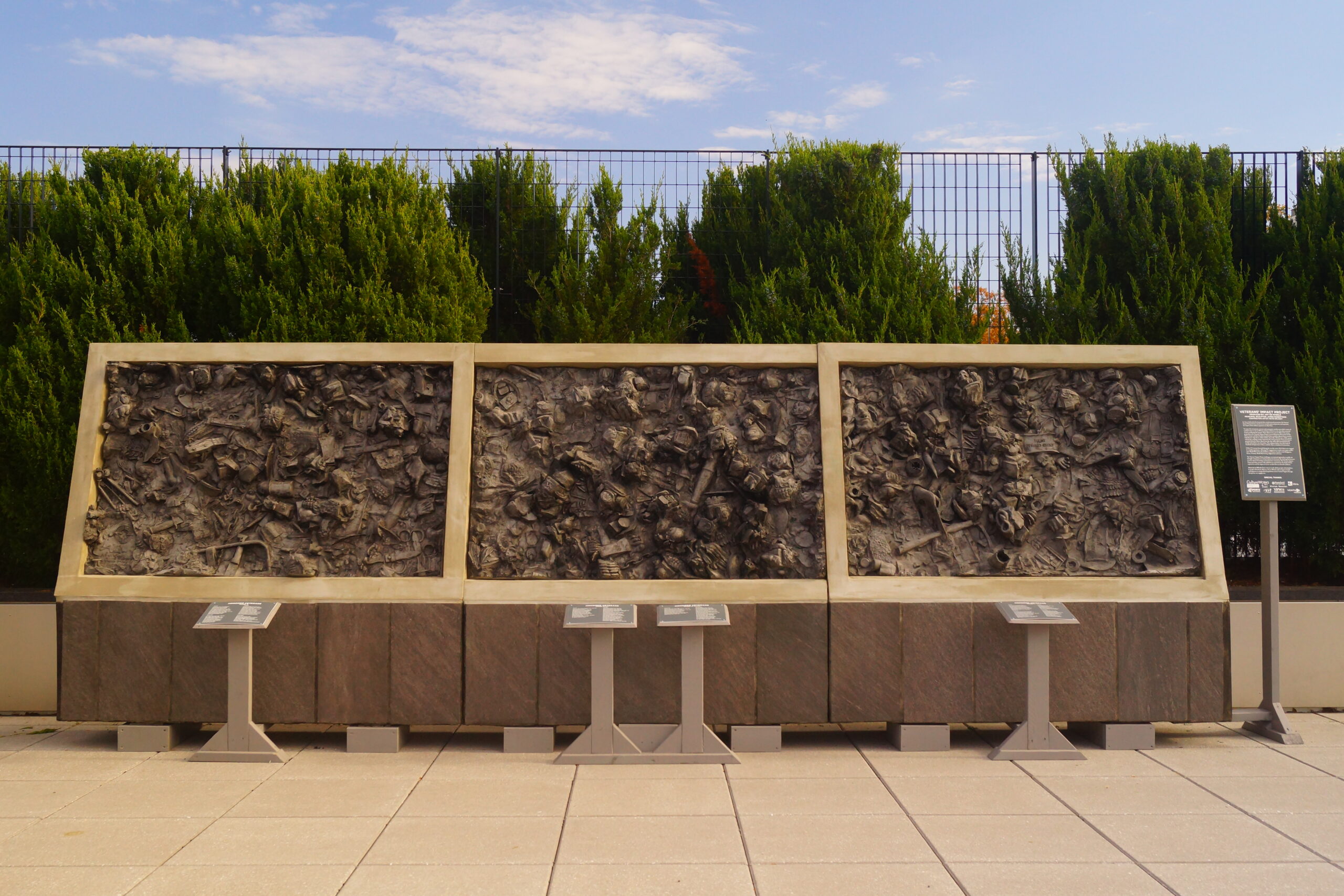 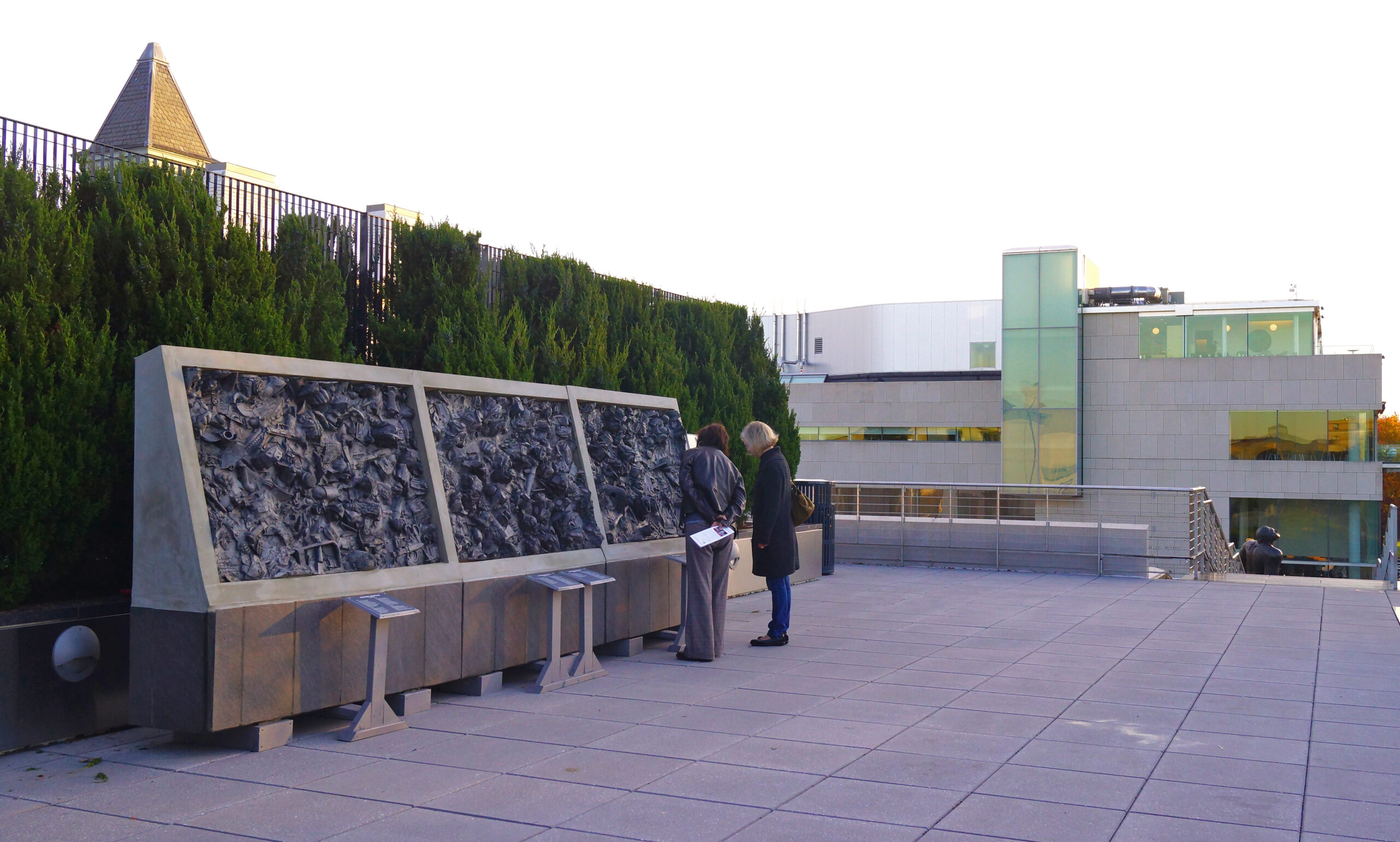 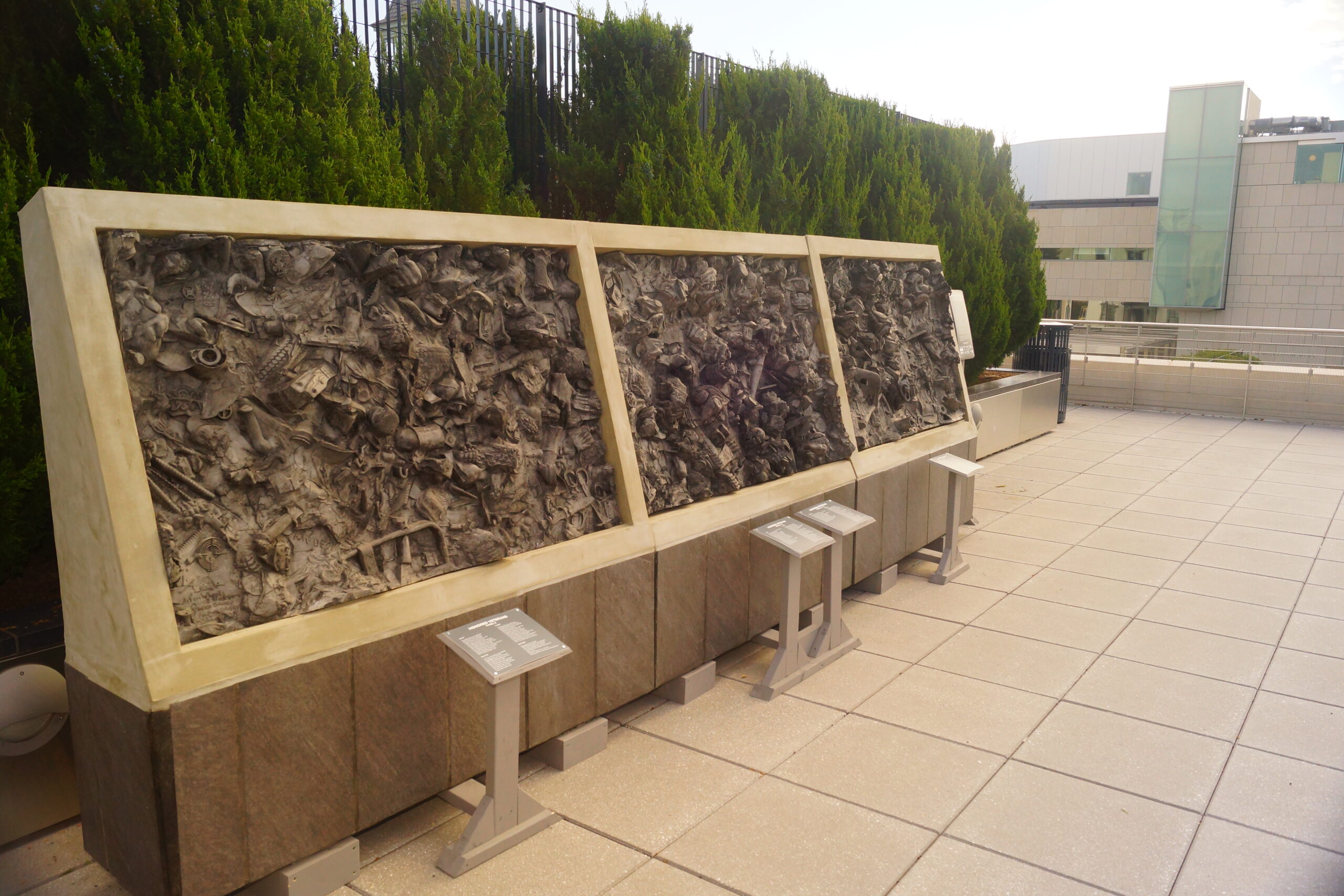 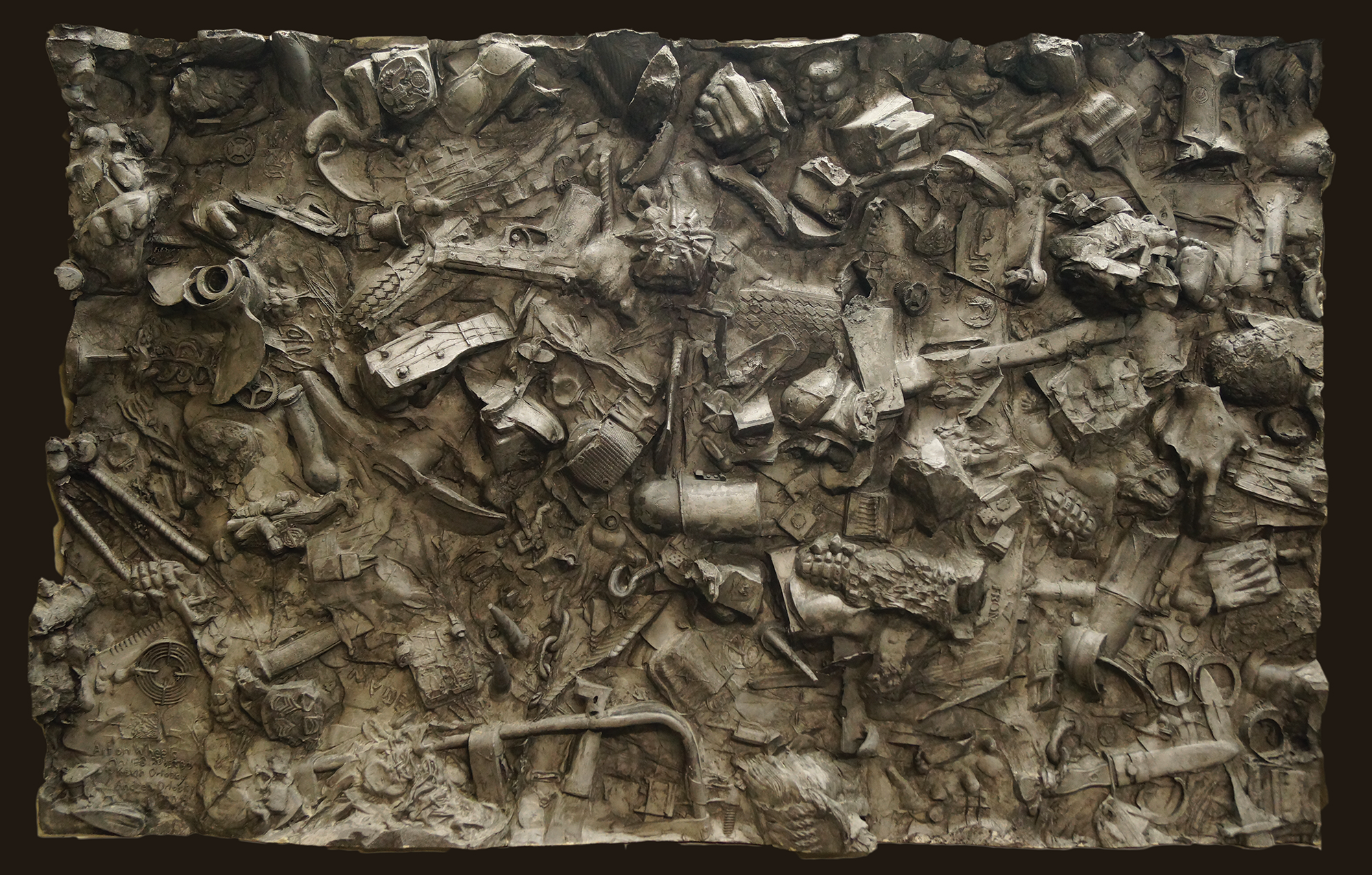 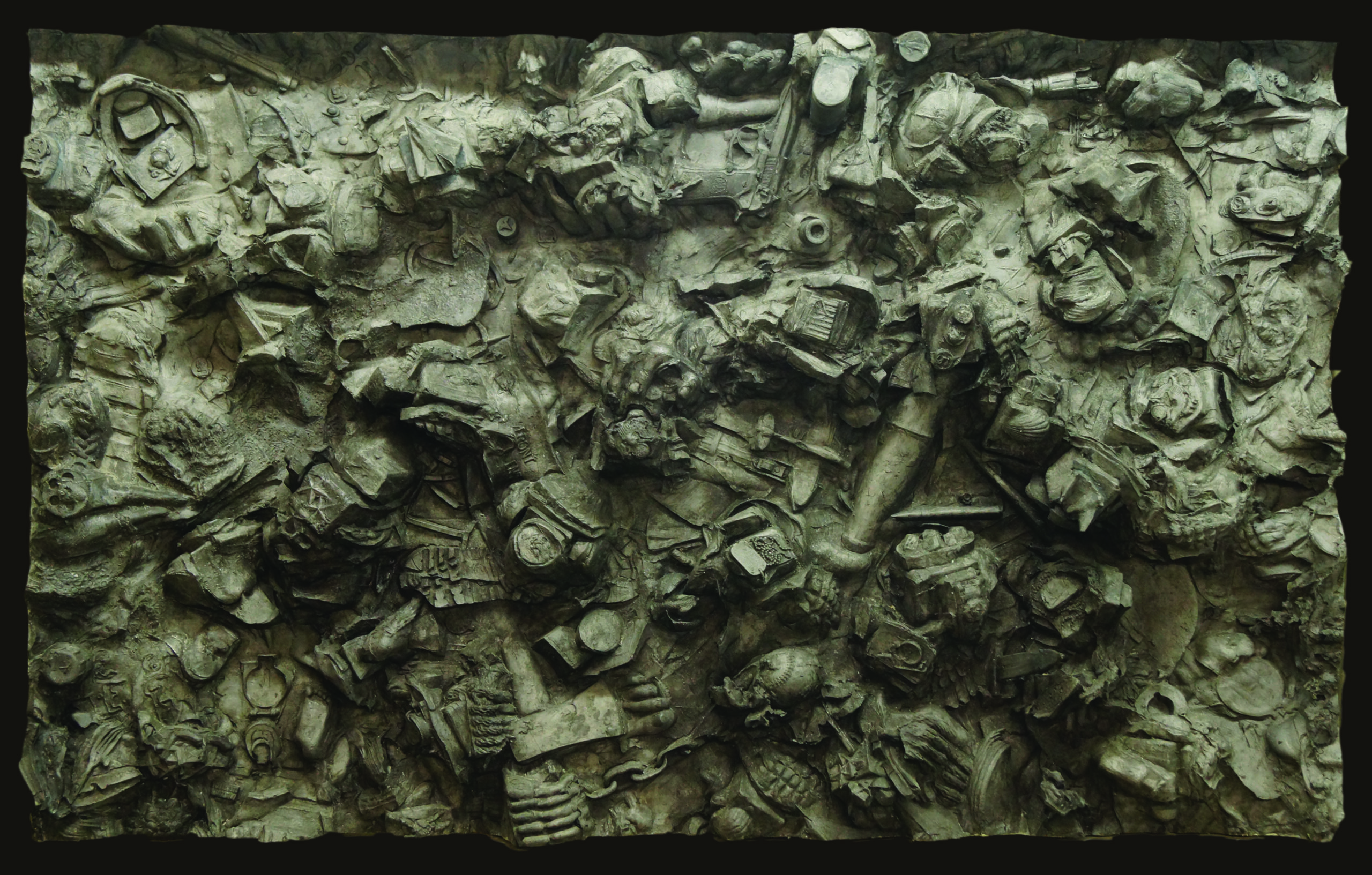 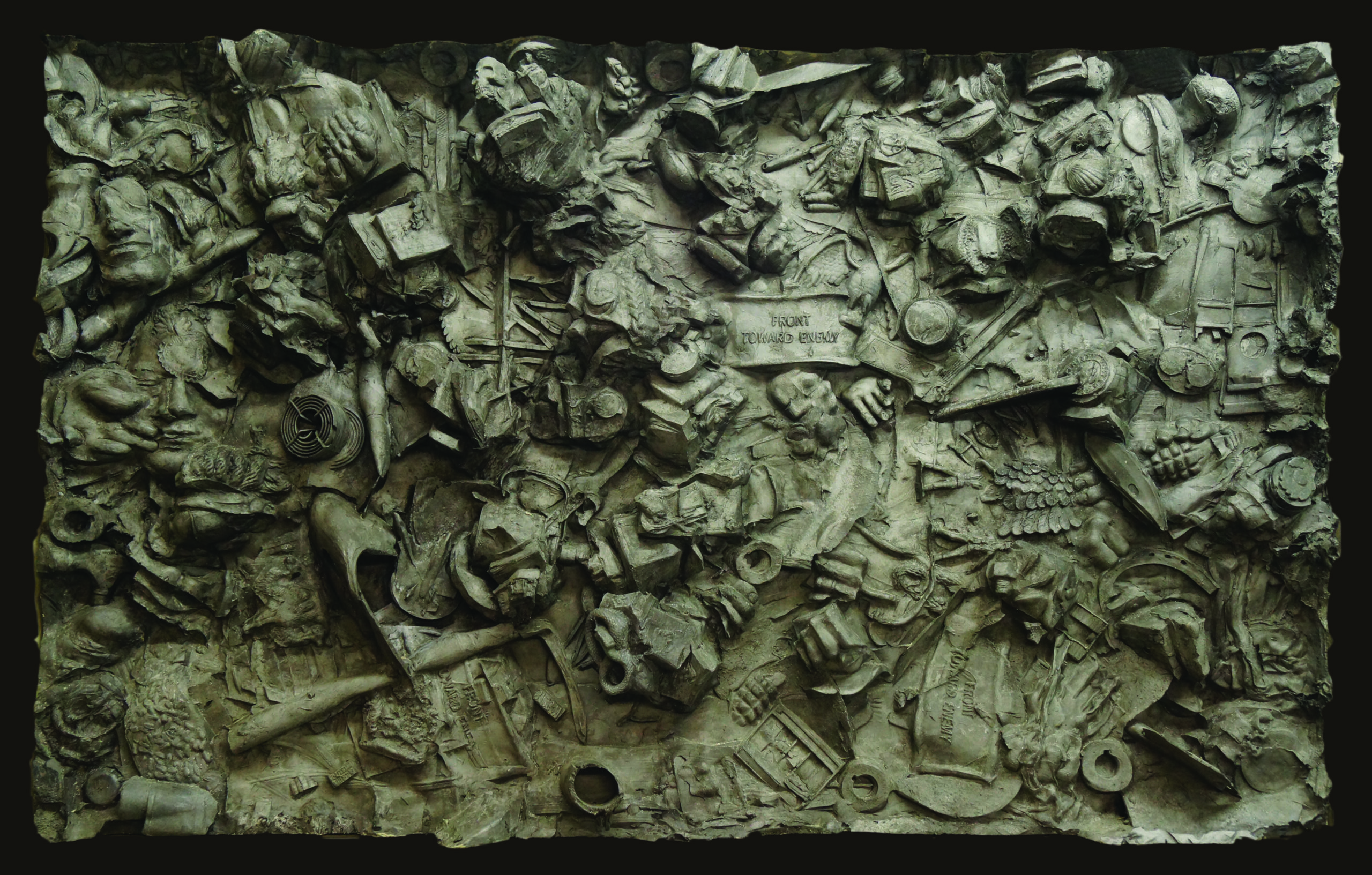 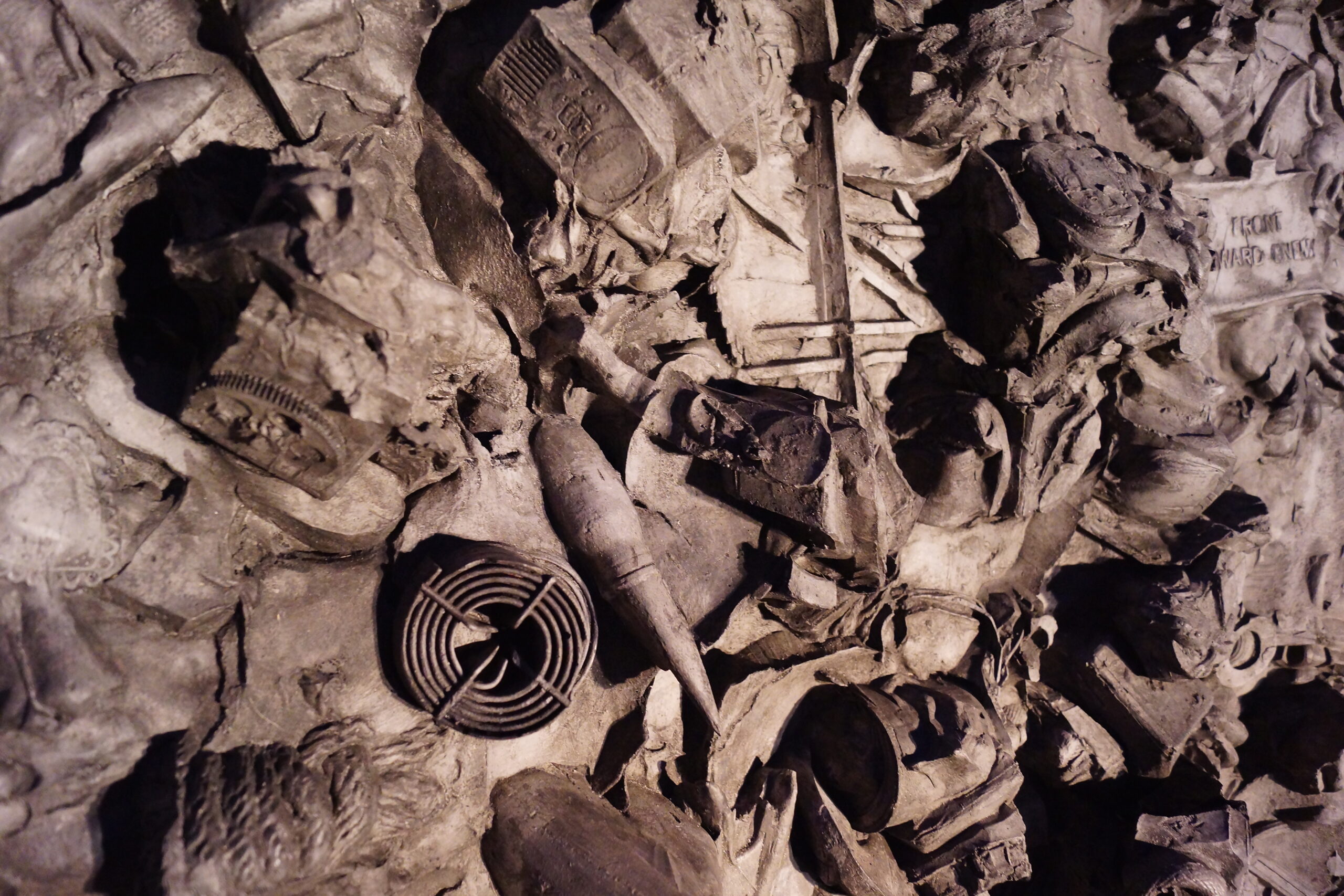 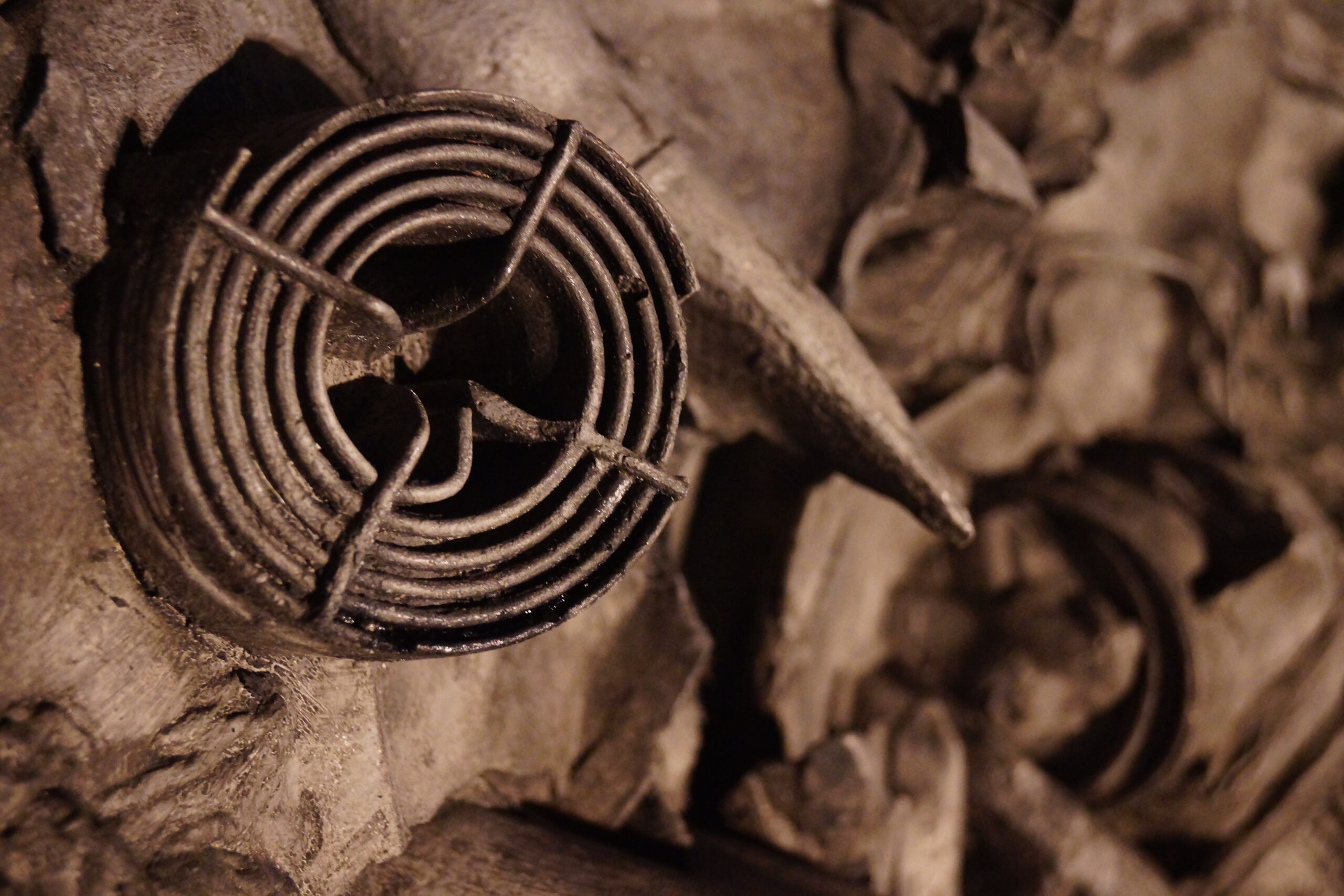 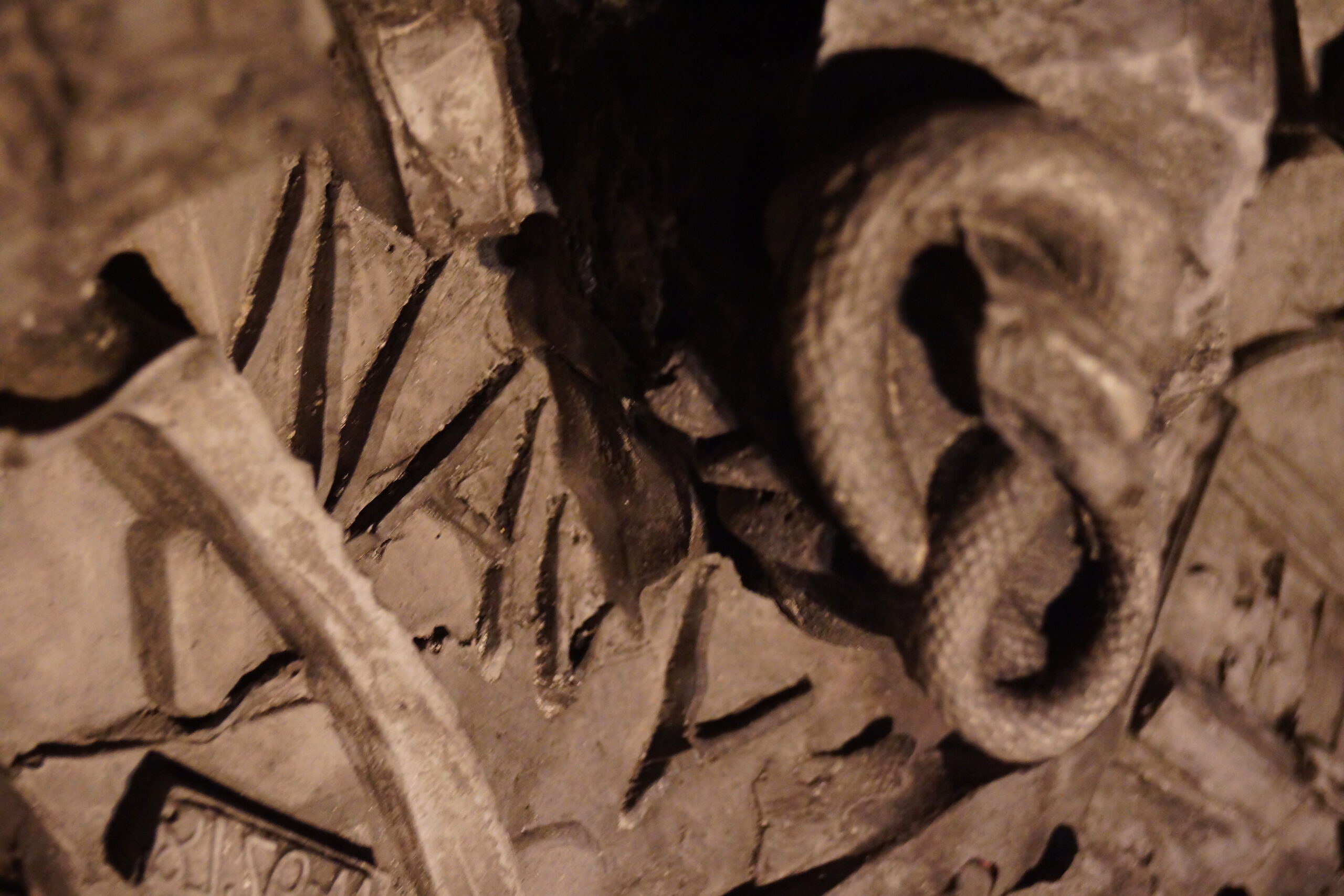 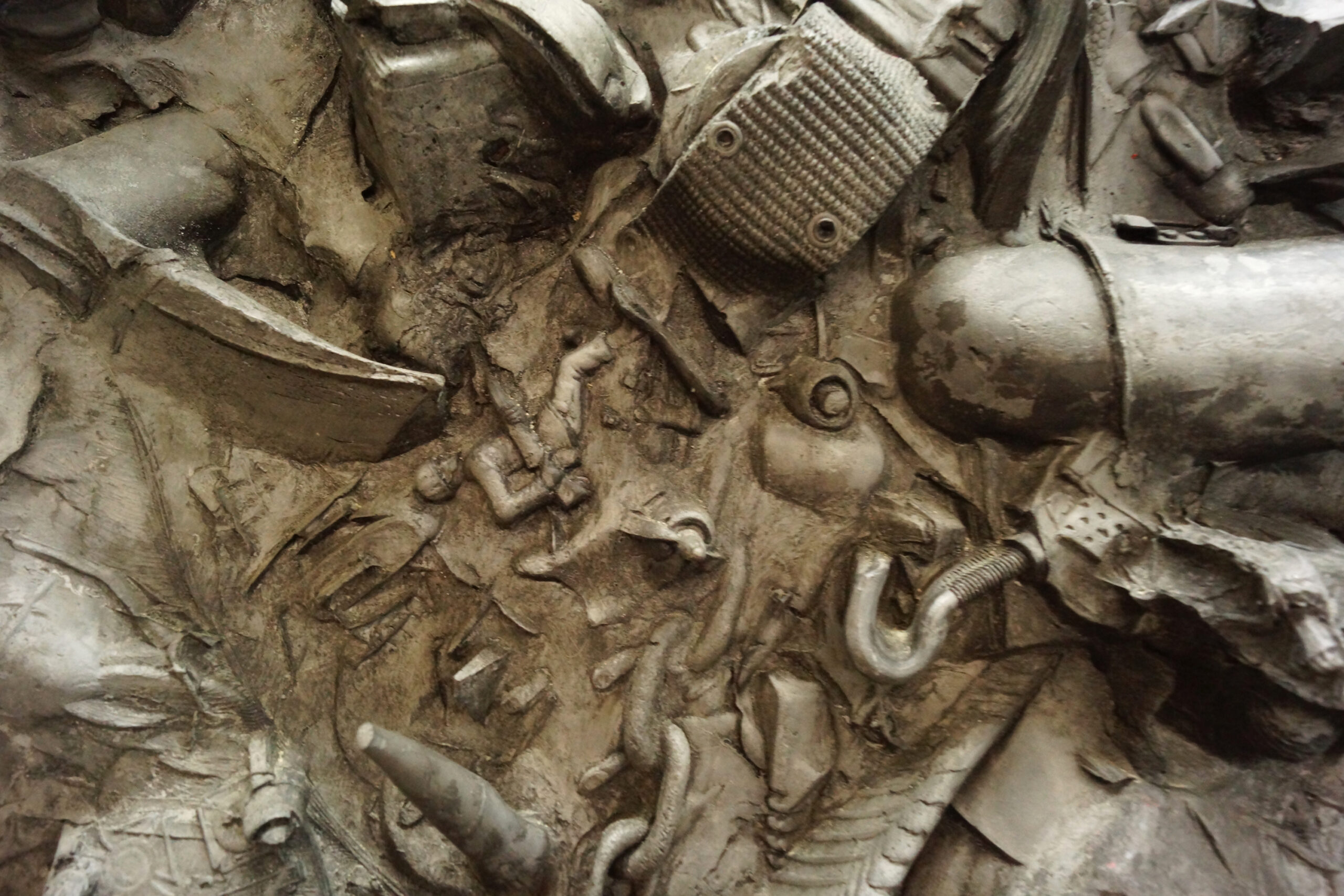 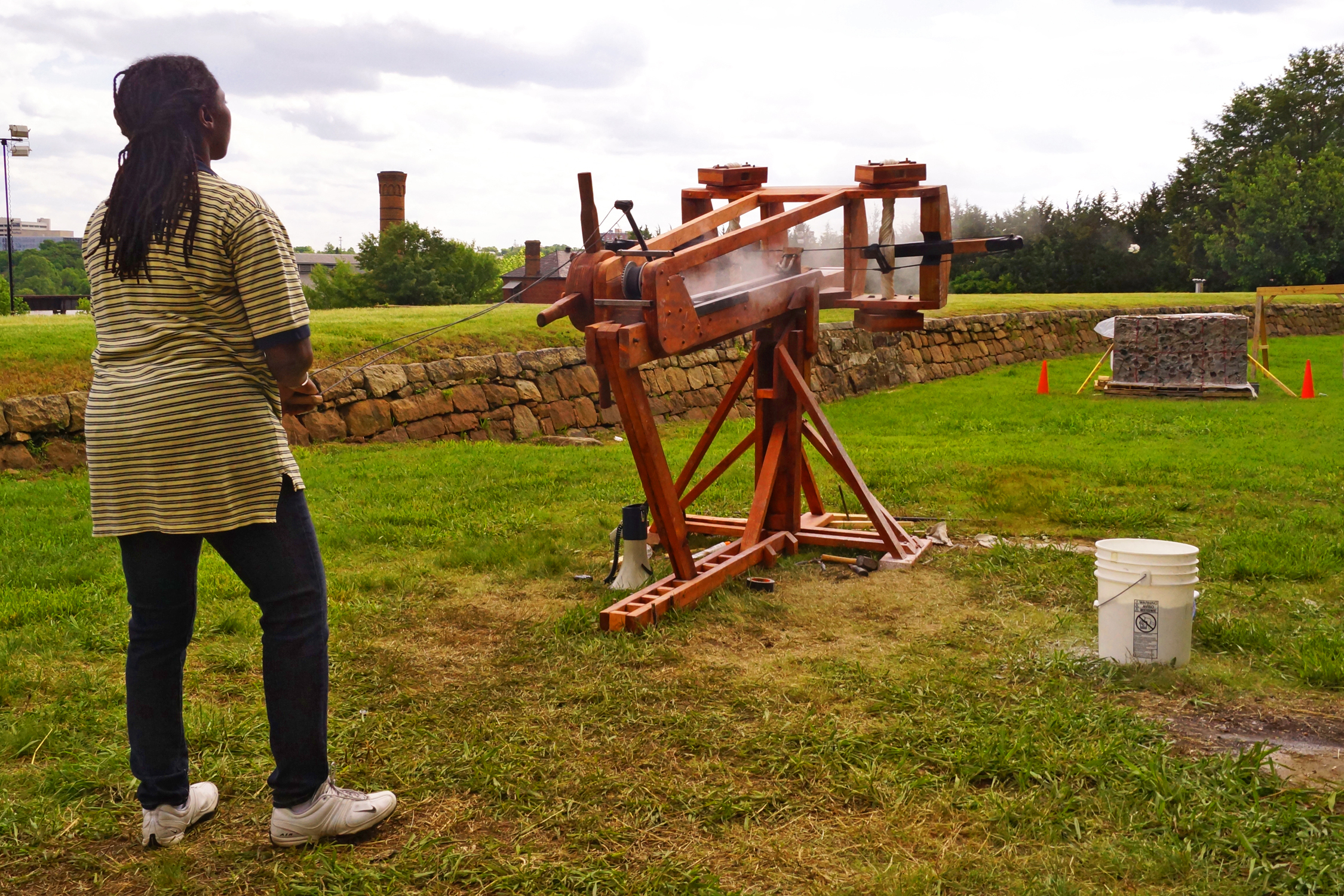 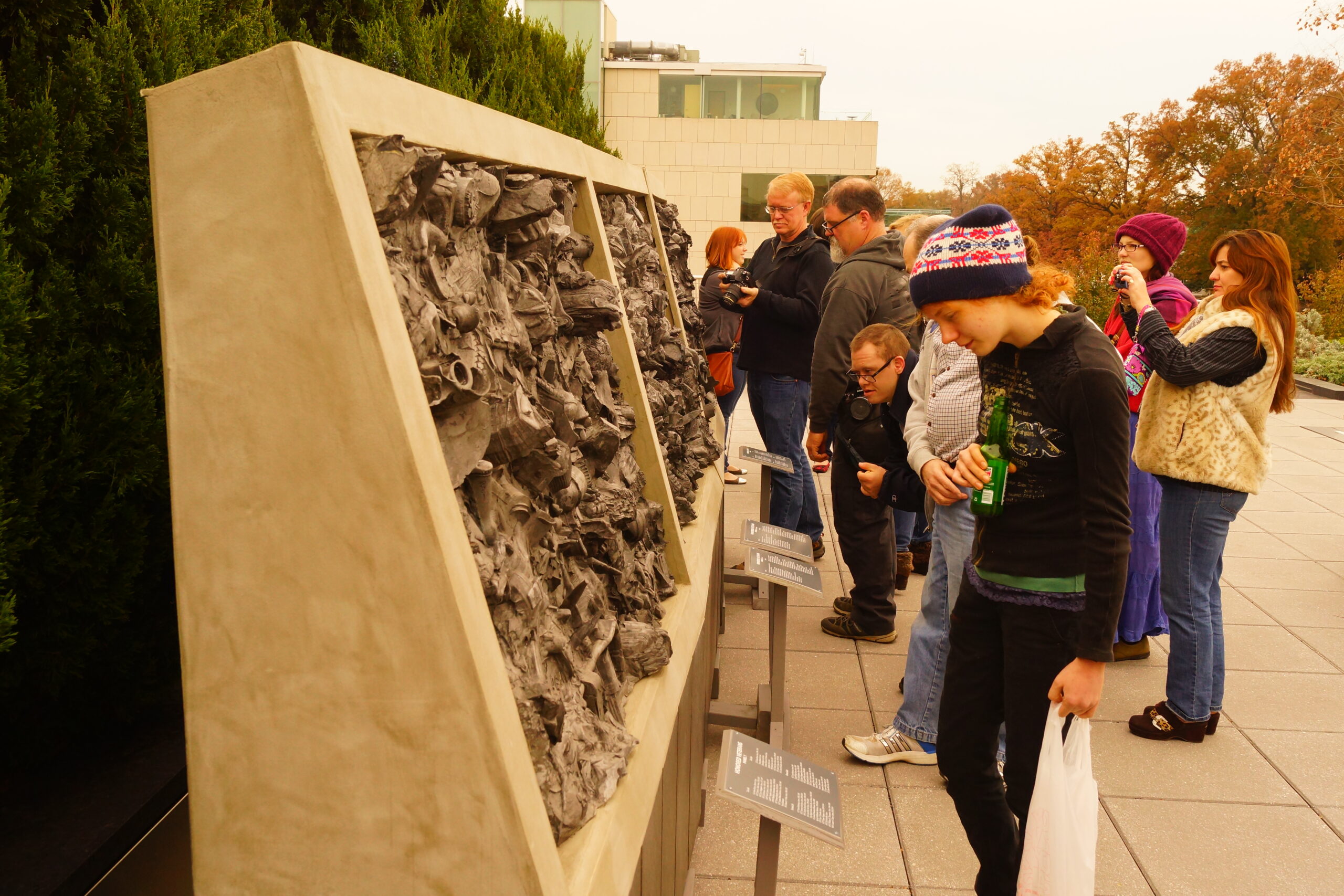 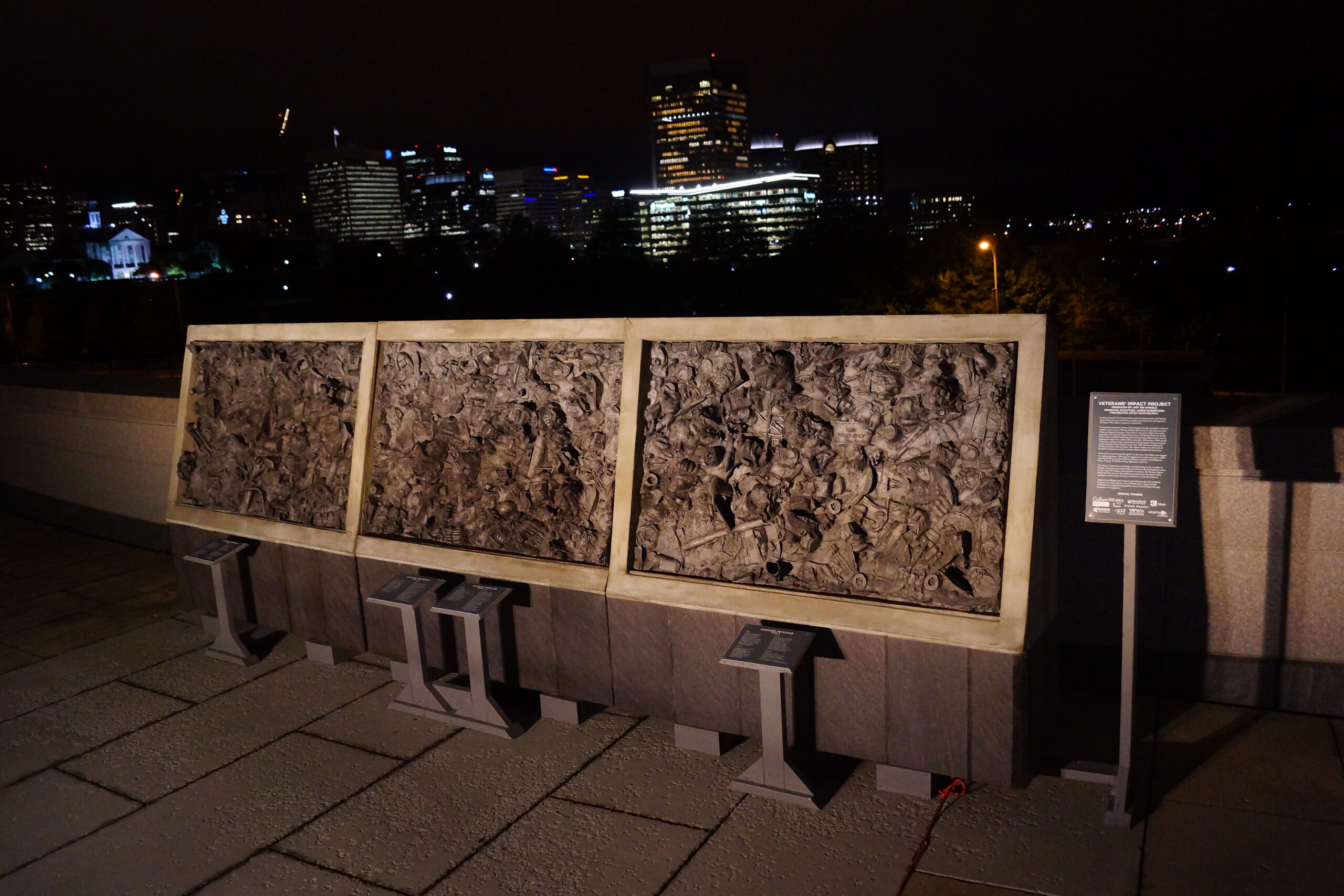 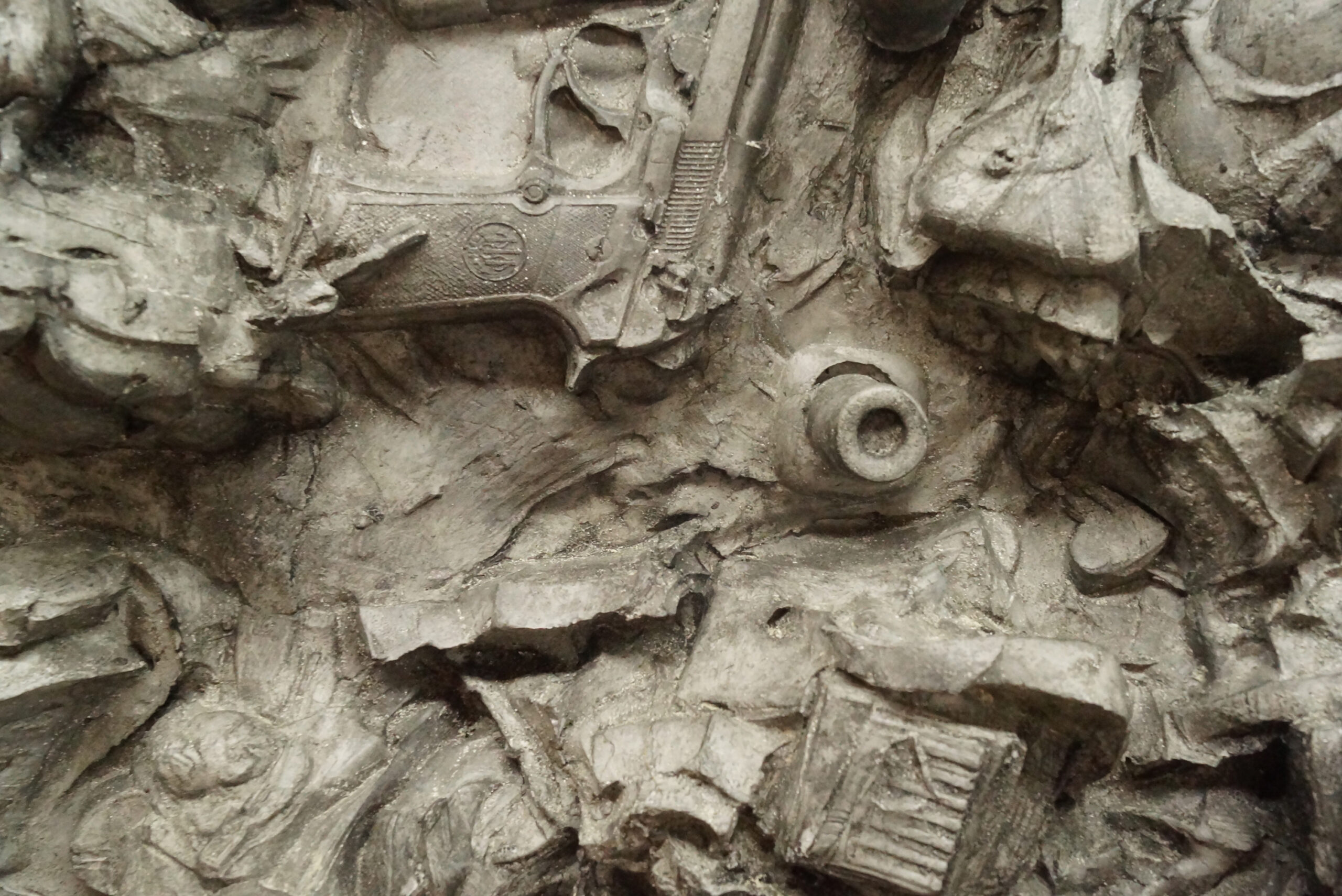 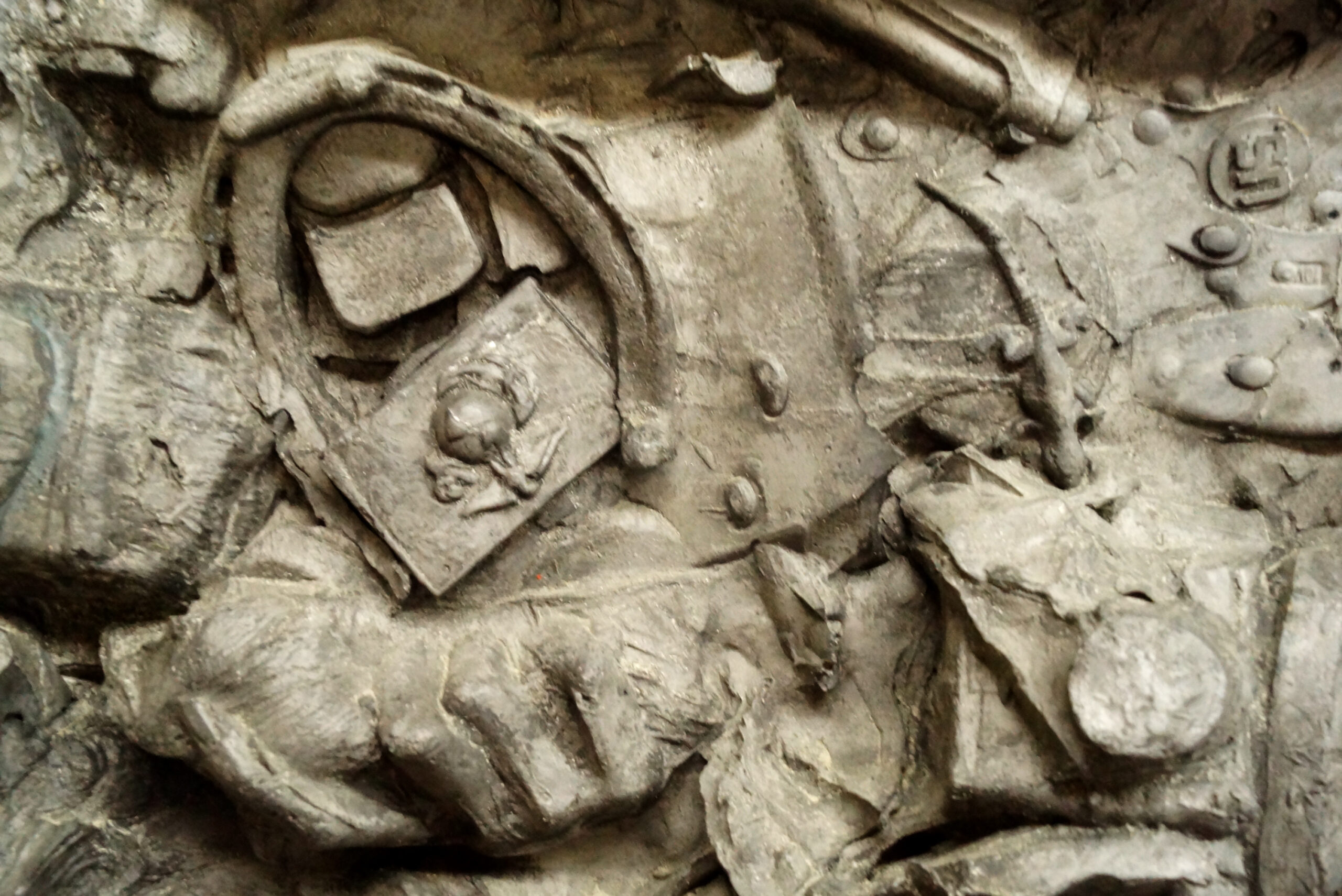 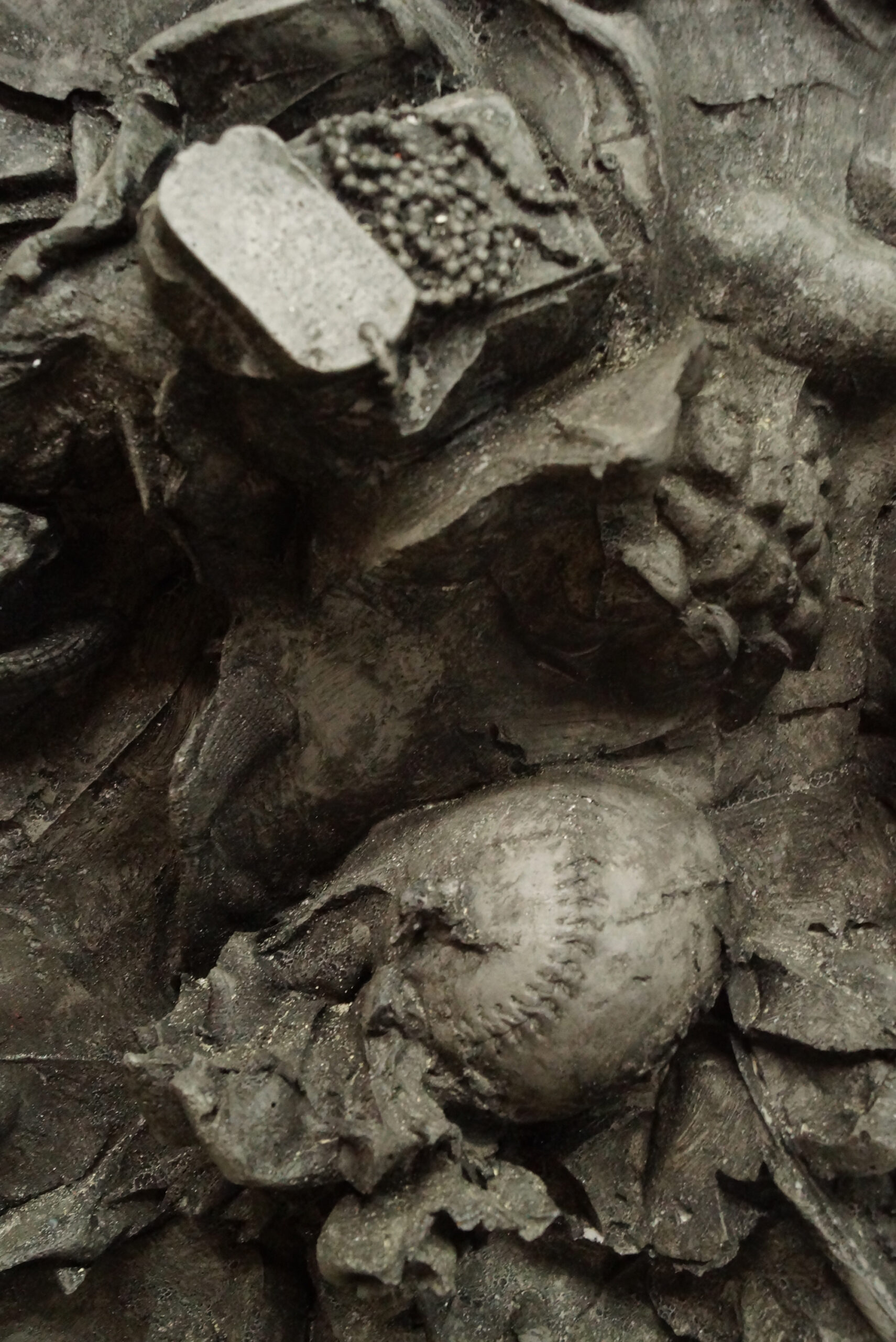 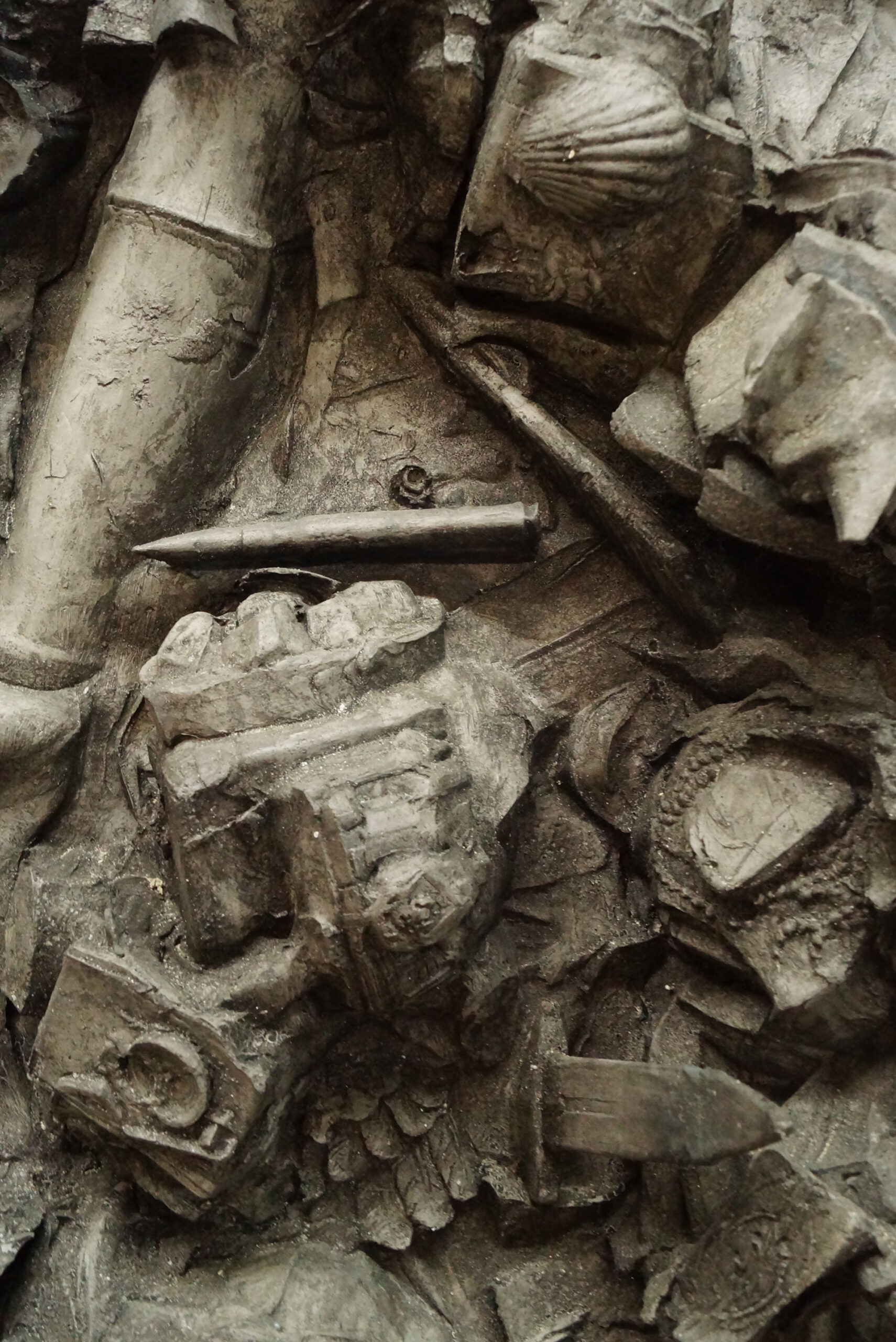 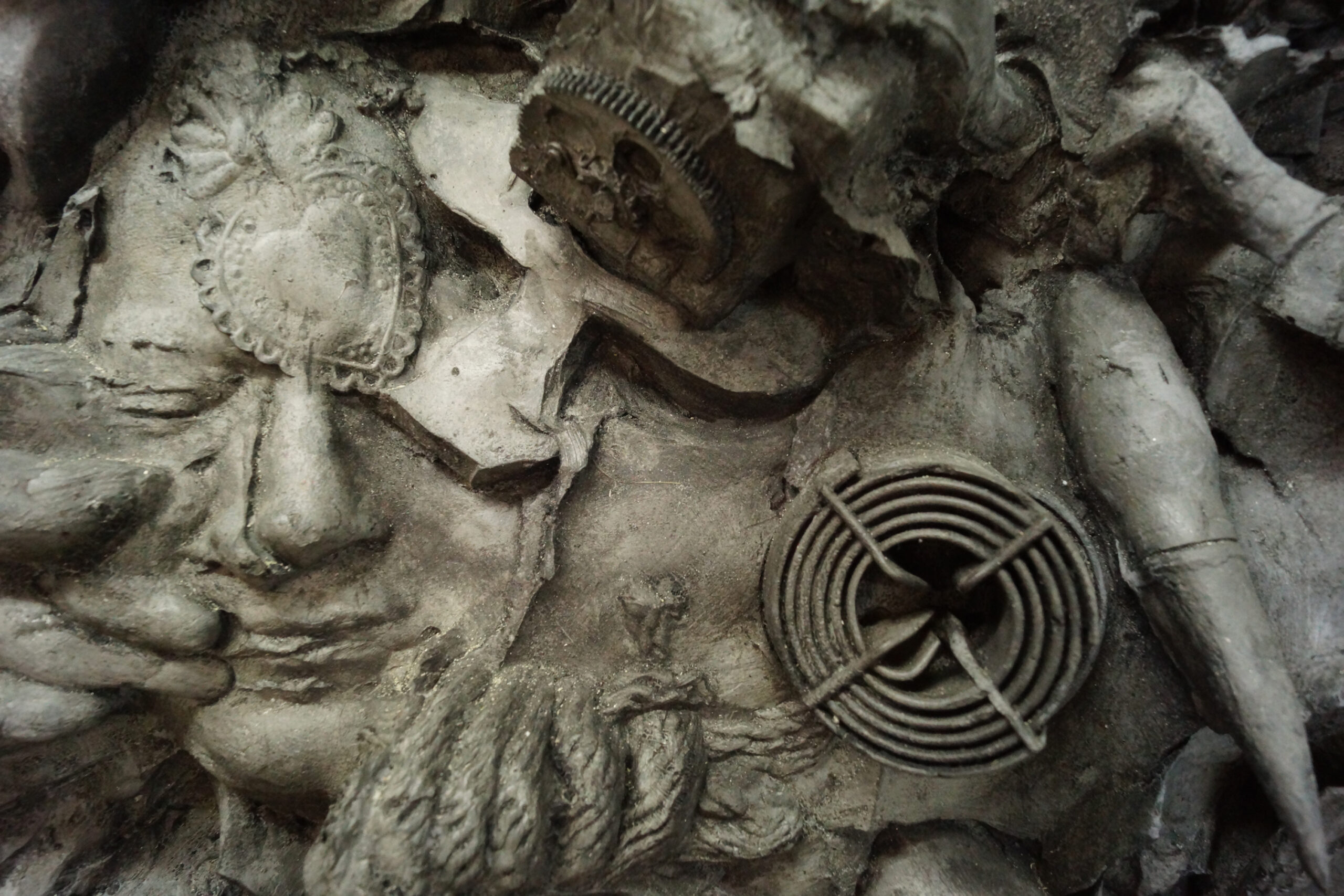 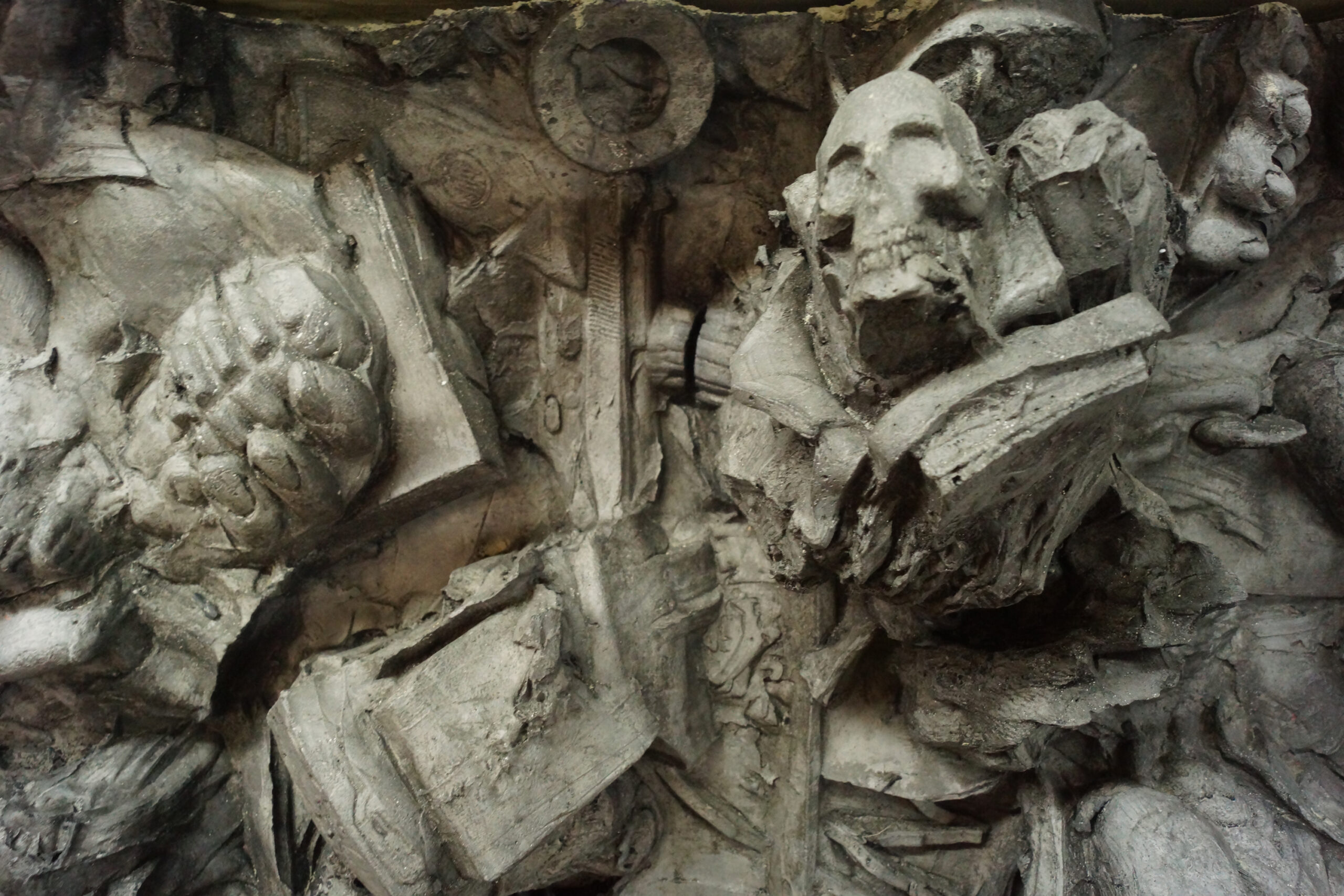 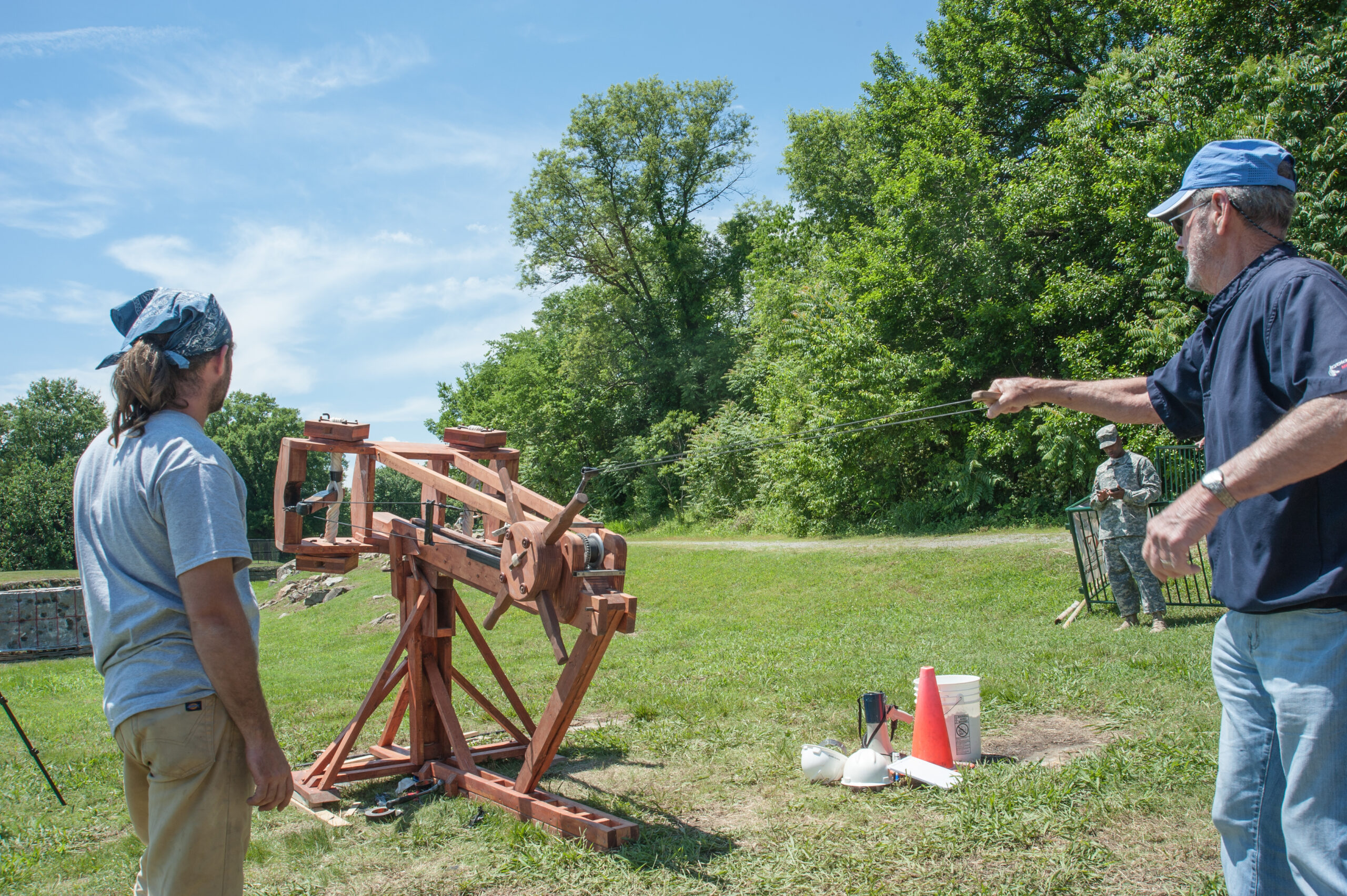 Lift Up Your Voice